We took a break from DnD to adventure in a galaxy long ago in a time far far away. 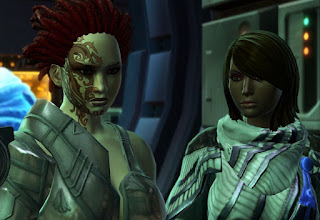 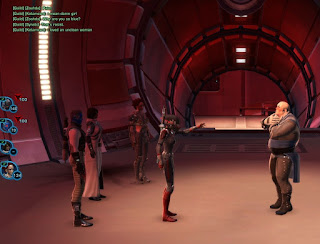 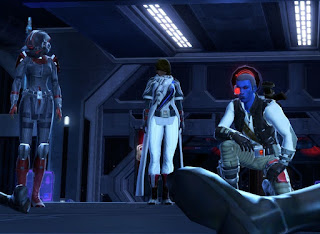 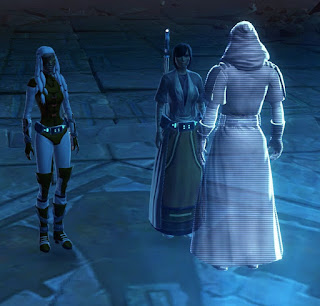 We're off to see the wizard. And by that we mean we're escorted back to the mansion that they'd accidentally found before, which Celkini points out, before finally being silenced by Ben. They enter the depths beyond a cave, through a different entrance where they get a strange feeling that Xavros is pretty sure is caused by this: 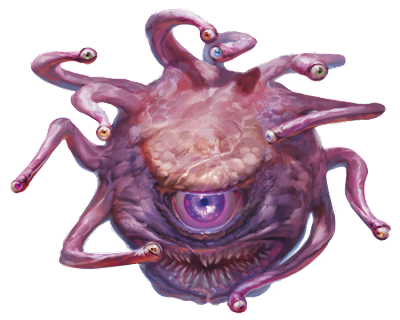 But our DM swears that's not what it is. But we don't trust him. Everyone, including the Red Brand guards, shrug off the fuzzy feeling and move on. Ahead, there is a bugbear on patrol, but he does not pay them much mind. Further on, they pass a table of drunken gamblers whom carefully robs, causing a bit of havoc after they move on. They finally come to a room with a table full of alchemic potions and tools. Excited, Celkini tries to rush over to the table, but is pulled back by one of the guards. Dweezil steps up to her defense, but backs down when a sword is drawn. Once things settle down, they are ordered to sit around the table. Celkini, thanks to a badass roll of awesomeness:

recognizes potions for invisibility and the embuement of weapons with cool stuff. A rat runs around, sniffing them. It hisses when Ben appears on Celkini's shoulder and then it vanishes.

The guards take places against the walls at the doors. Then NotGandalfSephirothDumbledore appears. Dweezil notices that the guards all snap to attention at his commands. The rat returns, scrambling up on the mage's shoulders. Celkini points out that his rat is much like hers, but Ben refuses to come out of her pouch to greet them. The wizard calls Ben a punk, but Ben doesn't bite. Or rather he does, silencing Celkini once more and for the rest of the conversation, though she is dying to spill alllll the beans. The mage, occasionally pausing to confer with his rat, tells them that they will be taken to their benefactor, The Spider, who lives there at the place with a full contingent of bugbears to escort them there in the morning. They don't get much more out of him and he Dweezil fails to steal anything from the table. The intimidating mage leaves, but his rat stays behind. Ben runs out to check him, but finds the other rat is much bigger and backs down.

The mage's final order is to take their weapons and lock them up, but when one reaches for Xavros, the bard reacts with Hellish Rebuke. The other guards haven't taken anyone's weapons yet and are confused by their suddenly burning friend....